Why I Fired Terrestrial Radio 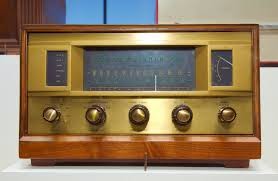 I may not be the best case study because I've really never been a huge fan of radio. It just never played what I liked on the same station.

Growing up in a rural Texas town we could get one, maybe two country stations. Finding myself a rock fan, I've been digging for music ever since I can remember.

Music is the main reason I fired radio. Living in a place with a population of around 100,000 we have 10 to 12 radio stations. It's either nostalgia or new stuff that I don't care to listen to. I have to find new good stuff from other sources.

But the kicker in me totally removing myself from radio was when my favorite on-air personality left for a bigger market. It wasn't that music on the station changed. It was that nobody took his place on social.

He was knowledgeable in the genre and very accessible socially. He hosted an evening request hour. You could tweet your requests. Sometimes I would tweet "play something new that's comparable to 'X'".

I like the people on one of the morning shows, but they are virtually inaccessible socially. The music they play sucks, but I would listen more if they were more socially active.

I still listen to radio, but only as background noise at work. The classic rock station. Never to hear anything new or interesting. It's just not there.

To play on a phrase that made news recently, for this music geek if you're on mainstream radio, you don't exist.
Posted by Michael Rauch at 4:49 PM