The NFL season is officially in the books.  Congratulations to the Baltimore Ravens and all their fans.  Condolences to the San Francisco 49ers and their fans.

But the big winner in all of this?  Us.  With no rooting interest, we were rooting for a good game.  Got that and more.

Colin Kaepernick finally looked like a QB in only his tenth start.  Bound to happen.  But what a season he had.

Ray Lewis was a mere shell of himself on the field.  Good for him for going out with a championship.

The failed fourth down attempt for the 'Niners late in the game, with the game on the line?  Sure, there was illegal contact, holding and (maybe) pass interference.  But the refs had been letting that kind of stuff go on all  game long.  Credit the DB for knowing this.  We're not sure even if Michael Crabtree had not been impeded that a TD was a sure thing.  That was an awful pass by Kaepernick.

Joe Flacco is a stud.  But not as much of a stud as Anquan Boldin.  Need a first down?  Throw it in the general vicinity of Boldin.  He'll catch it.  Trust.

Phil Simms (the television analyst for the game) seemed to watching a totally different game than the other 400 bajillion people.  Not his best performance......by far.  Probably the most accurate thing he said all night was in reference to the non-call on the above mentioned play: "The more angles I see, the more confused I get."  And the veiwers were more confused every time he opened his mouth.  About anything.

About things other than the game

We are pretty sure this guy is behind the power outage 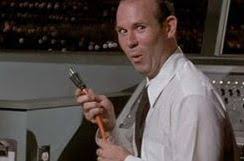 Some things can never be unseen, such as that GoDaddy commerical.  We refuse to put a link here to spare some poor soul.

Beyonce's S & M lingerie show set to music at halftime was, well, interesting.  Interesting if you were pining for a Destiny's Child reunion.  Otherwise it was just meh.

Now, pitchers and catchers report when?
Posted by Michael Rauch at 12:56 AM 1 comment: