Q and A with Jenni Dale Lord

If you read my blog regularly, you know I dig for good music because I'm not going to hear it on the radio.

Then, sometimes, while on vacation, I randomly stumble onto something great.

The latter is how I found the Jenni Dale Lord Band. A working band. A full bar set. With lots of covers. But the originals were what drew me in.

Jenni Dale Lord was gracious enough to do a Q and A session with me. Here are the results.

Read more »
Posted by Michael Rauch at 11:01 PM No comments: 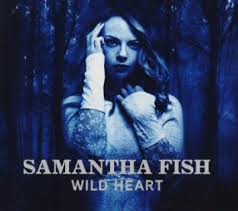 Singer/guitarist/blueswoman Samantha Fish has released her third record Wild Heart. It's been a little over a year since I first heard her previous album Black Wind Howlin', which I wrote about here.

Wild Heart is an evolution in the best sense of the word. This record has more texture, color, depth and breadth than Black Wind Howlin'. And that's not a knock on Black Wind Howlin', because it is fantastic. Wild Heart is everything you want in a record. You don't want the current song to end, but can't wait to hear the next one.

There is some Southern Rock style blues rockers, some blues, some country, some Americana. It's all there.

Here are couple of live versions of songs from the new record.

"Bitch on the Run"

Posted by Michael Rauch at 10:44 PM No comments:

Q and A With Singer/Songwriter Kate Vargas

My first introduction to Kate Vargas was through the independent alternative to SXSW known as Couch by Couchwest.

Initially, I was enamored with her voice, but after digging into her music, there is a depth and maturity to her songs that belie her years.

Kate's 2014 album Down To My Soul will take you on a musical journey.

I had the opportunity to conduct a Q&A with Kate recently. Here are the results.

We All Come From Somewhere 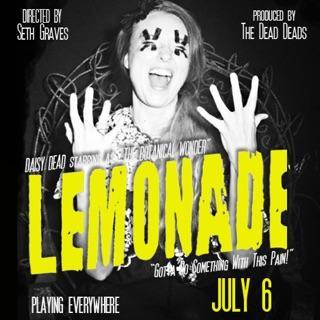 The title of this post I stole from Scott Van Pelt who says this in relation to rooting interests among people who are supposed to report impartially. Here, I'm going to extrapolate on the statement that "We all come from somewhere."

Nobody woke up today and found themselves transported into some alternate reality. Everybody woke up today exactly where their past brought them. Does my blog feature artists as diverse as Chris Stapleton, Halestorm, Houndmouth, the Dead Deads, Koritni and Kate Vargas because I want to be cool? No, it's because that's where this journey led me. It's because of from where I came. Growing up I listened to George Strait and AC/DC, Garth Brooks and Guns 'N Roses.

Some choose to hide where they came from. That's their choice. And I can't  disagree with that choice. Sometimes it's painful, maybe even shameful.

I did some stupid things in my younger years. Thankfully there was no social media to record it. You would gain nothing from my youthful indiscretions.

Then there are times when telling others where you came from makes a difference.

"I’m still scared, and I’m still ashamed. But I am raising my hand now."

That's a quote from Daisy Dead of the band the Dead Deads. It comes from the band's Tumblr. It has to do with domestic violence. In reading it, it's obvious it was not easy to write.

That's where she came from. That can't be changed. But by her speaking out publicly, maybe that inspires someone else to change their future. We can't change where we come from, but we can affect where we're going.


I Didn't Raise My Hand
An organization based in Nashville, AWAKE, held a victory party last week to celebrate a couple of targeted legislative wins. One was centered around softening the laws on prostitutes with AIDS being put on sex offender registries along with pedophiles and rapists. The other was related to choking laws in TN, making it easier to prosecute that under domestic violence. The event was held at Thistle Farm/Cafe, which is another wonderful organization that is the fundraising arm of the Magdalene Foundation. Magdalene is focused on helping women find their way out of prostitution, giving them the help and training they need to live a new life.
Good stuff all around. So when Sara Beth Myers was recapping the laws at the event, at one point she asked a show of hands of who has experienced domestic violence. A couple other ladies raised their hands, but I didn’t raise mine.
As soon as the moment passed, I felt ashamed for not showing solidarity with the couple of women in the room that did have the balls to raise their hands. It has been eating at me ever since.
I am still afraid to talk about it. I am so ashamed for “letting that happen to me.” I’m welling up with tears right now just writing this. Keeping this shit a secret is part of what perpetuates domestic violence in the first place. I am a strong, kind, beautiful, intelligent woman - how could this happen to ME? Why did I LET it happen and let it go on?
It sneaks up on you. The first time is a surprise and assumed to be an isolated incident, likely explained by the especially heavy drinking that day. Then another time, and another. You start to understand you should leave. But at the point where you are angry and most mobilized to do something about it, is typically the time when the abusing party is the scariest, so you don’t take measures then. Or you are simply not prepared to leave with just the shirt on your back. Soon, they are apologizing, asking for forgiveness, themselves crying and recounting their own victimization at the hands of others. They soften, so you relax, and with time, forgive and nearly forget. They probably need your help to heal and be a better partner. And look, they aren’t all bad. They are witty, charming, generous, sweethearts. Everyone loves them. Maybe it won’t happen again, especially if I don’t do that thing again that pissed them off or talk to that person (or any person at all outside of work).
There was one especially bad incident where he was actually arrested, and with my window of time with him out of the house, I literally packed a suitcase and called a local domestic violence number to figure out where to go (still ashamed to tell friends/family/coworkers). With the limited resources they had, they only accepted families there. But the lady on the other end talked me out of even leaving. I don’t remember how, but it was something along the lines of that my situation wasn’t that bad compared to what a lot of the other people go through. True, it could have been much worse. I wasn’t in black eyes “falling down” territory, although that was being believably threatened, which was enough to keep me pinned.
I went years before telling anyone, and then at that point did an entire life change, move, left job, started over. It was so scary. My support network at that point was pretty anemic since I cut myself off from everyone to prevent “incidents,” but it was enough.
I’m still scared, and I’m still ashamed. But I am raising my hand now. I have been a victim of domestic violence. Those experiencing it feel like they are alone, and it is so hard to find your way out. Every situation is different, so I don’t have specific advice for those going through this right now. But know that this happens to other strong, smart, successful women, too, and that you can find your freedom. Do it ASAP.
Some links to the organizations I mentioned above and a couple resources for those going through this hardship:
www.awaketn.org
www.thistlefarms.org
www.thehotline.org
www.helpguide.org/articles/abuse/domestic-violence-and-abuse.htm
–Daisy
PS, My life is heaven on earth right now, with the love of my life, amazing friends, family, job, NASHVILLE, my health, and my incredible adventure with THE DEAD DEADS! Thank you for reading this. 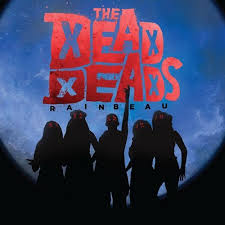 So, ask a question about what The Dead Deads superpowers would be and get a response in the form of a new video. In less than a week, that was impressive. Thanks ladies.

In all seriousness, the video was already in the can, just waiting for the release.

The new video for "Lemonade" from the album Rainbeau, directed by Seth Graves, is genius. It tells a story, that may or may not be related entirely to the song itself.

As far as the song is concerned, it's The Dead Deads at their "space grunge metal punk" best.

I won't tell you what you should take from this, just watch it.

Posted by Michael Rauch at 12:02 AM No comments: 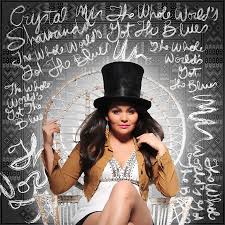 Crystal Shawanda grew up in Ontario, Canada on a reservation. You can read her bio on her official webpage. What I want to focus on is her music and incredible voice.

Her 2014 album The Whole World's Got The Blues saw her turn away from the country music of her first record, and she truly found her place. Her voice, to me, sounds like a cross between Tanya Tucker and Bonnie Raitt with a touch of Aretha for power.

The  soul-inspired, country-tinged blues rock music is the perfect bed for her vocals to lie.

Here's a live version of the song "The Whole World's Got The Blues". Enjoy.

Posted by Michael Rauch at 8:55 PM No comments:

Q and A with Meta Dead of the Dead Deads

The Dead Deads are an all female "Space-grunge, metal-punk" band (according to their official Twitter) based in Nashville. Their debut album Rainbeau is available in all the usual places (links below). I had the opportunity to conduct a question and answer with guitarist/vocalist Meta Dead. Here are the results of that interview along with a previously unreleased photo.