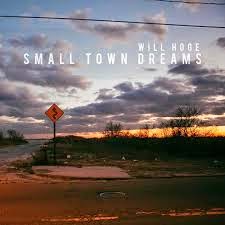 I held off on this one until after a few spins. It grew on me. Then I listened to it on the car stereo while driving by myself. I was convinced.

The new Will Hoge record Small Town Dreams is good. It's good if you like Southern Rock, Bob Seger, John Mellencamp and Tom Petty.

There are lot of good songs, but the one that resonates the most with me is "Guitar or a Gun".  It's Southern Rock through and through. And it tells a story.

"Middle of America" could come right out of a John Mellencamp record in the late 80s.

Maybe the reason I like this record so much is because it reminds me of 80s, classic and Southern rock with a bit of honky tonk and country thrown in the mix.

Here's the official video for  "Middle of America".


And the audio for my favorite song, "Guitar or a Gun".