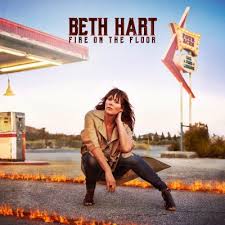 Grammy-nominated and doing vocals for the likes of Jeff Beck, Joe Bonamassa and Slash, Beth Hart is not the kind of artist you are accustomed to seeing spotlighted in this space. That being said, how many of you are actually familiar with her work?

I'll admit, I was not until I stumbled upon a video a couple of months ago on YouTube. Then I dropped the ball on the February 3 release date of Fire on the Floor.

Fire on the Floor is not a straight up blues album, though the blues threads heavily throughout, along with jazz, pop and rock. Doesn't really matter though as Hart's sultry, smokey, alluring voice carries the album from start to finish.

Beth Hart can sing anything if she wanted, I'm convinced. On Fire on the Floor, she almost does. Where her voice really shines is when she booms the lower register. So powerful.

This is thirteen songs for grown-ups, with grown-up subjects, dealt with in grown-up ways. No pettiness, no fluff, just real songs about life.

Official Lyric Video for "Fire on the Floor"

Posted by Michael Rauch at 10:03 PM No comments: 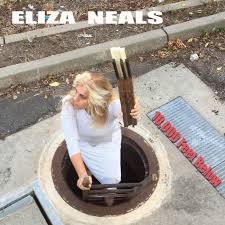 There is no such thing as a perfect album. But there are good albums and great albums. Eliza Neals' 10,000 Feet Below falls into the latter category.

Neals' latest record is 11 songs of fantastic music. 10,000 Feet Below is a rocking blues album with more texture and nuance than you would expect. Neals' powerful, sexy, sultry voice is complemented by a wide array of excellent musicians to make a cohesive yet diverse album of musical genius.

This was one album I was genuinely looking forward to this year. So many times, I'm disappointed. 10,000 Feet Below exceeded all expectations. Seriously, I don't know what songs to choose to put here, so I'm just gonna put out a couple that resonate with me the most (and of course, they won't be the traditional ones).

Posted by Michael Rauch at 8:00 PM No comments: