Tennis Is In a Good Place 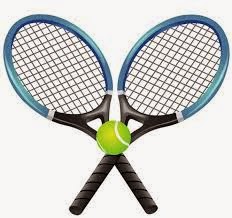 I blame my mother. Or better yet, I credit my mother.

Way back before I really knew anything about tennis, my mother was a Bjorn Borg fan. Not Jimmy Connors. Not John McEnroe. Bjorn Borg. The Swede. Not the Americans.

With no other Americans outside of Serena Williams a threat to do anything in the world of tennis, it does not affect my enjoyment of the game. Thanks to mom, I learned long ago not to tie my love of good tennis to a flag.

On the men's side, how much better does it get than Roger Federer (I'm a FedFan), Rafael Nadal and Novak Djokovic slugging it out major after major. I could include Andy Murray in there as well. And then you have Stan Warkinka and Kei Nishikori. The interesting games of Gael Monfils and Alexandr Dolgopolov. How could anyone who likes the sport not be entertained?

Would it be nice if an American male could make a splash? Sure. But it does not define my enjoyment of tennis.

On the women's side, only Serena can beat Serena right now. When her head is right and she's on her game, nobody can beat her.

After that, it's wide open. Right now I'm kind of partial to Simona Halep. There are some good young American women, Madison Keyes, Sloane Stephens, Vavara Lepchencko (which further muddies the waters since she was not US born), and Coco Vandeweghe.

It's not the Olympics (except every four years) so I don't root for the flag beside the players name. For the most part. I usually just root for my favorites based on other things. So, yeah, get over the fact that American tennis is not at its apex. Just enjoy.

Posted by Michael Rauch at 8:02 PM