The title says it all. Jessica Mendoza. Baseball analyst. At least it should.

You know why it wasn't? Because it sounded just like a baseball broadcast. And that is the best compliment I can provide.  It wasn't schtick. It wasn't a novelty. It was just providing a competent analyst an opportunity.

Did Mendoza ever play Major League Baseballl?  Nope. And neither did you.

Maybe as fan of tennis I'm used to a female voice. Mary Carillo is one the best in the business. Chris McKendry. Martina, Chrissie, Hannah Storm, Mary Jo Fernandez, etc. Nobody questions them calling men's matches. Nor should they,

So why is it a big deal that Jessica Mendoza is calling MLB? Because it's never been done before. Here's hoping to that it's never a big deal again.
Posted by Michael Rauch at 9:53 PM No comments:

Q and A with Peter Anthony of Polaris Rose 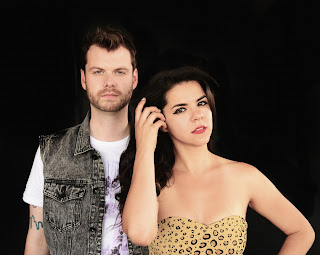 Polaris Rose is a Los Angeles-based duo that makes good music. I tried to pin down guitarist/vocalist/songwriter Peter Anthony on what genre they are. For those that read regularly, you know I don't care for genres. Peter's answer was perfect. He didn't know either.

Peter was kind enough to participate in a Q and A for The Cheap Seats.

Read more »
Posted by Michael Rauch at 5:18 PM No comments: