Number Three Album of the Year 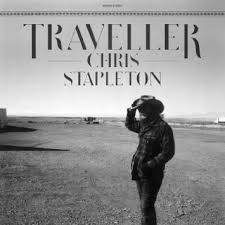 After Chris Stapleton's performance with Justin Timberlake on the CMA Awards show most people know
who he is now. I was on Traveller back when it came out in May.

I'm not saying this to credit myself as some kind of music discovery savant. All the credit goes to the people who write other blogs and my social media contacts who alerted me to this album.

As far as Traveller goes, it's good. While it's touted as country, and it is to some extent, it's so much more than that. It is fourteen songs and 63 minutes of good songs, good musicianship and fantastic vocals covering not only country but southern rock mixed in with some soul and blues. Also, maybe, what some would characterize as Americana.

It is music for people who like good music. If it resonates with the dumb masses, all the better.

If you want reviews, I'm sure with the use of the Google machine you can find as many as you want. All I'll say is:  listen to this album and you can thank me later.
Posted by Michael Rauch at 10:25 PM