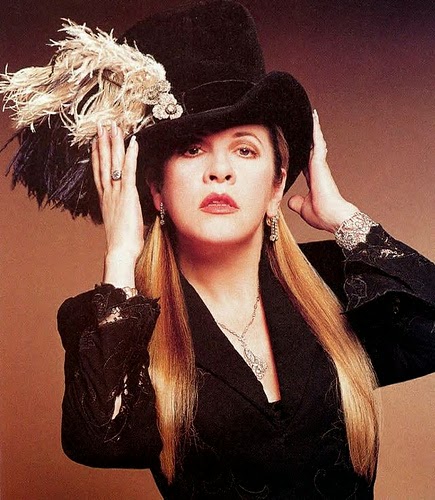 Whether with Fleetwood Mac, solo or dueting with the likes of Don Henley or Tom Petty, Stevie Nicks possesses one of the most unique and instantly recognizable voices in all of music. There's not anything of real substance I can add in words, so let's just revel in the greatness that is Stevie Nicks.

From 1976 performing the classic Rhiannon with Fleetwood Mac.

With Tom Petty and the Heartbreakers in 2006 with "Stop Dragging My Heart Around" from Stevie's first solo album Bella Donna, a record I still listen to today. Many good songs on that one from this one to "Edge of Seventeen" to the Don Henley duet "Leather and Lace" plus many more.


"Gold Dust Woman" from a 2011 concert in Chicago. Still has the voice and I love this extended version of the song.