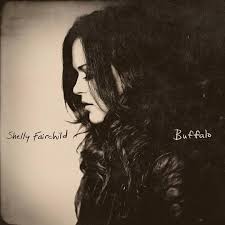 These are the albums from 2016 that did not quite crack my top ten. Don't read anything into the order, because I didn't even order the top 10. Everything here is number 11.

These are non genre specific. Just albums that I heard and liked during 2016. A mainstream album will never make my top ten even if it is the best, because that's not what I do. But mainstream albums can make the honorable mentions list.

Also, it's my list. It's not right or wrong, it's just my list. And if I left out your favorite, it means one of two things, either I haven't listened to it or I didn't like it that much. If the latter, just my opinion, not a judgement.

Lori McKenna - The Bird and The Rifle
This is a good album. There is no reason it should not make a lot of country/Americana lists, just not mine. Oh and that Tim McGraw song "Humble and Kind"? Yeah, that's really a Lori McKenna song which is on this album.

Monster Truck - Sittin' Heavy
In my quest to prove that "rock ain't dead" Monster Truck exemplifies what I mean. They borrow from the 70s, 80s and 90s hard rock scenes and meld it all together in something that sounds classic but not dated.

Bonnie Bishop - Ain't Who I Was
A return, a redemption, a reinvention. Whatever. It's a heartfelt, soulful album. And if you like music, good music, you'll like this.

Dolly Shine - Walkabout
If this is indeed the swan song for Dolly Shine, they went out with their best album to date. Walkabout is a fantastic red dirt country/Southern rock album. I had dismissed their earlier stuff as generic red dirt, which it was, this album was not. Hope these guys come back in some incarnation.

Kate Vargas - Strangeclaw
Kate Vargas' second album Strangeclaw is jazzy, torchy, trippy, hipster-ish, quirky, kitschy while not losing the southwestern roots that Kate came from. The New Mexico native, now residing in New York, has put together eight songs that take the listener on a journey, not just through the album, but sometimes within a song.

Chelle Rose - Blue Ridge Blood
There are more aesthetically pleasing albums released this year. Rose's Blue Ridge Blood has no soaring vocals or slick production or flashes of instrumental virtuosity. What it does have is grit and groove and Appalachian swamp. Blue Ridge Blood is too real to be comfortable, too good to be ignored.

The Amorettes - White Hot Heat
The Amorettes second album White Hot Heat is a lot like their previous album Game On. And that is not a bad thing. When you hit upon something that works, why deviate? AC/DC has been doing it for years. The Amorettes are a trio from Scotland that has stripped everything down to guitar, bass and drums. And attitude. Straight up, no-frills, punch-you-in-the-face rock. For anyone old enough to remember, think Fastway. It's got that kind of vibe.

Diana Rein - The Long Road
Diana Rein's The Long Road is blues. It's rock. It's sultry. It's sweaty. It's unashamedly and unabashedly all Diana Rein all the time. It's good music. If you're a blues purist, this won't be for you, but if you're like me and like a little rock and pop and country in your blues, your can't go wrong with this album.

Shelly Fairchild - Buffalo
This is a late entry that almost didn't make because I didn't hear it until a couple of days ago. Released in late November, there will be an album spotlight coming out on this in a few days.

Almost, But Not Quite: My Next Five Albums of 2016

Just like for my top 2016 albums these next five don't come from the mainstream.  Before anyone gets upset, they are all number six, just missing the cut for my top five.

The Struts - Everybody Wants
Glam. In the classic sense like T-Rex and The Sweet. With a touch of grandiose a la Queen. Hey, they're British. Seriously, The Struts' debut album Everybody Wants is good. And a fun listen. Good music, catchy hooks and very much classic glam rock.


The Wild Feathers - Lonely is a Lifetime
The Wild Feathers are... a rock band? Probably, but when I think rock, I think AC/DC. Pop? Pop tendencies, sure, but you can't have an eight minute song and be pop. Americana? Not really, though you could make an argument for that on some songs. But what Lonely is a Lifetime definitely is, is a collection of 11 really good songs. An really, can't we all use more eight minute songs in our life?

The Temperance Movement - White Bear
Southern psychedelic grunge rock. It took me a while to find the right descriptors for The Temperance Movement's new album White Bear. This is another in my quest to prove that rock is indeed not dead. Living on the harder edge of Southern Rock, White Bear takes you on a psychedelic rock journey that makes a lengthy stop in Seattle for some Soundgarden/Alice in Chains inspired 90s rock that ends with a very Eagles-inspired "Time Won't Leave".

Wynonna and the Big Noise
I didn't really know whether or not to include this because Wynonna Judd is a big name, but since this never had any chance on radio and not many but her hardcore fans even know about, it gets in. Mostly because it's just that damned good. Is it country? Not really, but there are country undertones throughout. Is it rock? Not so much. But it does. Is it blues? Somewhat. If you expand your definition of blues. Is it Americana? I guess. Mostly because that term lends itself to interpretation. Is it good? Most definitely.

Posted by Michael Rauch at 11:44 AM No comments:

Email ThisBlogThis!Share to TwitterShare to FacebookShare to Pinterest
Labels: The Dead Deads, The Struts, The Temperance Movement, The Wild Feathers, Wynonna & The Big Noise

The Five Albums You Need From 2016

I'm going to preface this with that I don't really listen to mainstream or  established artists. So these albums are of the independent/non-mainstream nature.

I was going to do a top 10 or 20 or 17 or whatever, but you know what, for me it's these five albums. There will be another post with many deserving albums to follow. What I found in 2016 was five albums that really, really resonated with me. And my criteria is pretty simple: No skip-worthy songs. I'll include a youtube of my favorite song from the album where available.

In no particular order (not even alphabetical, just random) here are the albums:

Dorothy - ROCKISDEAD
The satirical album title belies the fact that Dorothy does rock. And rocks well. Band namesake and singer Dorothy Martin is a treasure for rock fans. Her vocals are bluesy, sultry, smokey and at times slutty. But don't discount this band as a one woman show, the band has a sound straight out of the swampy south. I don't care how a Los Angeles based band gets there, but it works. For me this is one of the most complete rock albums put out recently. It holds up against Guns' Appetite For Destruction and Halestorm's The Strange Case of... in recent memory of  an album that you don't skip songs.


Elizabeth Cook - Exodus of Venus
I knew of Elizabeth Cook. I enjoyed her work. Then she just blew it out of the water with Exodus of Venus. It's a departure from what you have heard of her before, and the departure resulted in her best work, by far. There is not a bad song on the album. Yeah, I know, that's a requirement for this list, but if you can disagree, then talk to me, I'm willing to debate, and I think I'll win.

Rob Baird - Wrong Side of the River
This is my big album on what the hell genre is this? Yeah, it's got some rock. It's got some country. It's got some Americana (whatever the hell that is). But really what it is, is a fine collection of damned good songs. This is the album you put on and just listen. Taking a road trip, on your front porch/balcony, with friends, with musicians, with rockers, with country music fans, with anybody. It's that kind of record.

Butch Walker - Stay Gold
Butch Walker put out one the best albums of 2015 with Afraid of Ghosts. It was dark and poignant. Stay Gold is fun and nostalgic. I prefer both. But I just like good music. Butch Walker consistently makes good music. There is a bonus for those of my generation in that the nostalgia includes S.E. Hinton.  You either get that reference or you don't. And that's OK.

Agree or disagree. It's all good. And all opinion

So everybody does year end lists. Nothing original there. And I'll do mine. Doing some heavy listening right now to decide.

I do one list: top 10 albums. That's it. Some like to do song lists as well, I'm an album fan. If the album doesn't do it for me, that one song doesn't deserve mention. Others also include worst lists. I don't have the time nor energy to listen to stuff I hate, much less write about it.

And my list has criteria. No mainstream or popular artists. They don't need my recommendation. There will be no Metallicas or Eric Churches on my list (I'm actually having a dilemma on this because of a once popular artist that is no longer played on radio has one of my favorite albums this year). And this may seem obvious, but it is limited to albums I've actually listened to. Several times.

My list is by no means meant to be a "Best of", just the albums I've listened to in 2016 that resonated with me. There will be country-ish stuff, Americana (whatever you want to define that as) and various forms of rock. It's just music I liked in 2016 wrapped up in one tidy year-end package. That's all.
Posted by Michael Rauch at 8:37 PM No comments: