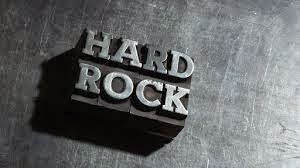 Spotify, for me, is the easiest way to make a playlist (and yes, I pay for premium) so I am limited to what is available on that service.

Now let me take you through the process.
So here is the playlist with comments. The Spotify link is at the bottom.

2) "Queen of the Reich" - Queensryche
This continues the full frontal assault from Queensryche's debut EP. Most may know them from "Silent Lucidity" or the Operation:Mindcrime stuff, but before that Queensryche sounded much more like Iron Maiden.

3) "Legend of the Spaceborne Killer" - Crobot
This is the first song from a newer/current band in my attempt to dispel the myth that rock is dead. It's got a vibe that could have fit in '70's but doesn't sound dated. Just a good hard rock song.

4) "Rocket Queen" - Guns N' Roses
From Appetite For Destruction, one of the best hard rock albums ever, this is not an obvious choice. The hits have been overplayed, so I went with an album cut which is one of the best on the record.

5) "Gypsy Road" - Cinderella
Cinderella is one of the best bluesy hard rock bands to come out of the '80's and it's kind of a shame that they got lumped in with the "hair metal" moniker. While I think some of their slower blusier stuff better exemplifies them as a band, this song fits the vibe of this playlist.

7) "Apocalyptic" - Halestorm
More ammunition to dispel the rock is dead myth, this from the 2015 record Into the Wild Life. If you read this blog regularly, you know my affinity for Lzzy Hale and Halestorm.

8) "Two Minutes to Midnight" - Iron Maiden
Because it's Iron Maiden and you can never go wrong with Iron Maiden when talking about hard rock.

10) "Slide It In" - Whitesnake
While, again, this is not an obvious choice, this is from the album that preceded Whitesnake's 1987 record that catapulted them (and Tawny Kitaen) to the top of American consciousness.

11) "Rusty Cage" - Soundgarden
I never considered Soundgarden to be a grunge band. To me they were always more hard rock, as this song proves. There has never been any "yarling" in Chris Cornell's vocals and the instrumentation on this track is almost, almost thrash.

12) "Fire Woman" - The Cult
I don't know where The Cult falls in the grand scheme of genres, but "Fire Woman" is an excellent hard rock song.

13) "Heartless" - Heart
Again, if you read this blog at all, you know I love chicks that rock. And nobody did more to break ground for future generations of chick rockers than Ann and Nancy Wilson (apologies to Pat Benatar, but Ann & Nancy were first). While there are more obvious choices, this song fits the playlist.

14) "Rock Me Like The Devil" - Crucified Barbara
This, my first hard rock playlist, may be a little heavy on the female rockers, I think they get overlooked a lot of the time. Crucified Barbara is an all female current Swedish quartet who rock.

15) "I Hate Myself For Loving You" - Joan Jett
Because Joan Jett. That is all. Carry on.

Check out the Spotify playlist if you're at all intrigued.

Posted by Michael Rauch at 12:51 AM No comments:

Zane Williams With A Perfect Response To Thieves

Zane Williams had his van and trailer stolen in Houston. While the trailer was recovered almost immediately, a few items were missing. Namely a fiddle, a guitar and an amp.

I've been reading far too many reports of musicians getting their stuff stolen lately. In what is already a hard business, this makes it even harder.

In the midst of this mindless stealing, Zane Williams took the opportunity to pen the perfect response to theses idiots and put it down on video.


A song for the folks that stole our van and trailer...
Posted by Zane Williams on Tuesday, May 19, 2015

Posted by Michael Rauch at 6:45 PM No comments:

Tyler Bryant and the Shakedown 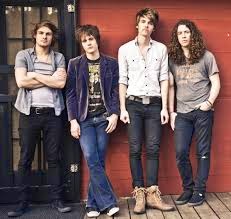 Sometimes you find good music, sometimes good music finds you. As much as one tries to stay current, sometimes something sneaks past, only to be found later. Such is the case with Tyler Bryant and the Shakedown.

The Texas-bred, Nashville-based blues rocker is back in the studio working on new music. If past music is any indication, I'll be spotlighting the new record when it comes out.

I the meantime, enjoy these tracks.

Posted by Michael Rauch at 9:20 PM No comments:

Scott Van Pelt (SVP) has an amazing opportunity to host a late night SportsCenter on ESPN. Good for him. He deserves it. One of the best in the business.

However, that also means that the SVP and Russillo radio show will come to an end. That bums me out a bit. Van Pelt, along with co-host Ryen Russillo, had become a part of my life. My life is pretty good, so while listening to the podcast was not the highlight of every day, or even most days, it was the highlight of some days. It was enjoyable every day.

With the announcement on Tuesday's show, Van Pelt said that although it was difficult at times, he knew that people that would get it would find it. I found it. I got it.

I had been vaguely aware of the show due to catching it on TV when I was off work. Then, about two or there years ago, I discovered podcasts. That's when I started listening regularly. And to really get it, you had to listen regularly.

Sure, the show was sports talk. It covered all the current sports events and talking points. But so much more nuanced than that. Never swinging for the low hanging fruit, as Scott liked to say, he and Ryen most often had the most logical and reasoned takes on everything. It was like my buddy and me talking sports and other stuff. And the other stuff is where the show shined.

When SVP and Russillo went off the rails, that was the best entertainment out there. From Ryen joining "Big Blue Nation" to Scott having no clue as to his travel itinerary. From Ryen's California real estate fetish to Scott's weather nerdiness. While listening, it just felt like hanging out with buddies.

While I'm sure other shows value immensely the behind-the-scenes personnel, Scott and Ryen gave those people a voice. Anybody who listens to the show knows Stanford Steve. And where else would Outsider Mike get that kind of platform? While I don't know that either one could carry half the weight of a three hour broadcast, what they brought was gold. And Scott and Ryen knew that and let them shine.

I know I wrote a lot in the past tense, but the show will go on in its current form for a while. I just wanted to get this out there before it is past tense.

Good luck guys. And thank you.
Posted by Michael Rauch at 12:23 AM No comments:

Barbecue Sauce and a Good Haircut

I quoted and replied to this tweet saying this was the most clueless thing I had read today and that I've read many tweets. My reply was made in good fun because I know that Andy Staples is a huge opponent of sauce on BBQ just for the sake of sauce.

I wouldn't know Dan Rubenstein if he walked up and punched me in the face. But his reply to my tweet got me to thinking. And here is the reply:


@TheCheapSeats_ don't get me wrong, nothing wrong with being simple folk! some people like good meat and small amount of good sauce!
— Dan Rubenstein (@DanRubenstein) May 13, 2015

Of course the "simple folk" part of that tweet was not cool coming from a NYC resident, but I let that slide.

Here's the deal, good barbecue does not need sauce. Just like an an attractive person does not need a flattering haircut. But they are not parallel comparisons.

Good barbecue should be able to stand alone. If it needs sauce, then it's not good barbecue. Now if you start out with good barbecue, a small amount of a good sauce can enhance it. Conversely, a slathering of even mediocre sauce can ruin good barbecue.

While a flattering haircut may enhance the attractiveness of a person, a bad haircut does not completely ruin that attractiveness. "Well she was good looking, but with haircut all her beauty is gone. Forever." That doesn't happen. "The barbecue was good until it got drowned in that awful sauce, now it's inedible." That can happen.

Don't hate me Mr. Rubenstein. It's barbecue and haircuts.

Posted by Michael Rauch at 8:14 PM No comments: 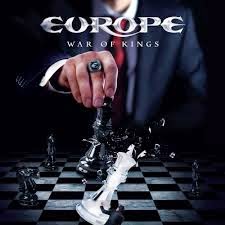 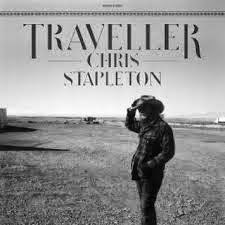 The new Chris Stapleton album has arrived. And it was worth the wait.

Of the fourteen songs on the record, there are none that I would skip. I love it when you can put on a record and just let it play all the way through and enjoy everything. That doesn't happen often.

Traveller immediately vaults into my top two albums of 2015. Right now I don't know if it is one or two.

Here's the title track. The record just keeps getting better from there.


Posted by Michael Rauch at 8:48 PM No comments: 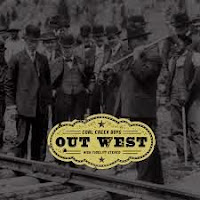 The Coal Creek Boys hail from western Canada and offer up a righteous dish of country/Americana that is as real as it gets on their latest record Out West.

I am in no way comparing the two, but The Coal Creek Boys have a lot of Johnny Cash-like qualities in their songs.

Check out this live version of the title track.

Posted by Michael Rauch at 2:10 PM No comments: