12 (ish) Albums That Have Stayed With Me Over the Years

There's a thing going around on facebook right now, not real widespread from what I can tell, but it goes like this:

What 12 albums have stayed with you throughout the years? Not the best albums, not the most popular albums, but one's that have stuck with you.

I saw this and thought it would be hard to come up with 12 because I like to pick and choose my tracks. Then when I started thinking about the albums, 12 wasn't enough. But I'm gonna play and keep it at 12ish.

1. "Appetite for Destruction" - Guns 'N Roses
Easy choice here. An iconic album of the times. I first heard Paradise City on a trip to the Metroplex on ZRock. Bought the cassette before I left. Made everyone I knew listen to it. The responses were mostly "Meh." Three or four months later, Sweet Child O' Mine was released as a single. Suddenly everyone owned a copy of Appetite. I can still listen to it in its entirety to this day. One of the few albums that I can.

2. "Operation: Mindcrime" - Queensryche
A concept album in the vein of "The Wall" and  "Tommy". By far the best Queensryche ever produced. "Empire" was more commercially successful, but "Mindcrime" was by far the better album. Saw Queensryche on the Empire headlining tour in which they performed the "Mindcrime" album in its entirety. Great listen from start to finish.

3. "Eagles Live" - Eagles
I really don't think it's fair to include any greatest hits or compilation albums on this list, but with this one, I can't help it. It's just that good.

4. "Moving Pictures" and "Rush" - Rush
This is where the "ish" comes in. When I first heard Tom Sawyer, I had to get the album it was from. It was like nothing I had heard before. So I got "Moving Pictures". It also has Red Barchetta, YYZ and Limelight. How can you go wrong with that?
After hearing that, I immediately delved into Rush, and went back to the beginning, which was the self-titled first album. "Rush" included the iconic song Working Man, which led them to getting signed to a major label.

5. "Bat Out of Hell" - Meatloaf
"I'm gonna hit the highway like a battering ram on a silver-black phantom bike"
The opening lyric to Bat Out of Hell. How can you not like that? Not necessarily a concept album, it does tell a story. And sonically, it was way ahead of its time.

7. "Skid Row" -Skid Row
The fist Skid Row album is pure unadulterated glam without apologies. And it's fantastic. 18 and Life, Youth Gone Wild, Big Guns, Sweet Little Sister, I Remember You, etc. Good stuff. After the first album, they kind of lost me. But that first one.........sweet.

9. "Pieces of Eight" - Styx
I know, "Paradise Theater" is more popular. But This album rocked. It included the classics like Renegade and Blue Collar Man, but also had the exquisite album tracks Queen of Spades and Great White Hope.

10. "Mean Streak" - Y&T
No, these guys are not Summertime Girls.Yes, that was their biggest hit, but not in all representative of what they were about. Dave Meniketti along with Cinderella's Tom Keifer are probably the best combo lead vocalist/lead guitarist of the generation. Midnight in Tokyo is one of the best songs never heard. The entire album rocks.

11. "Bella Donna" - Stevie Nicks
Stevie was always good in Fleetwood Mac. A lot of people may beat me up for including this one while excluding Fleetwood Mac's "Rumors". I couldn't argue, but this is all Stevie. From the Edge of Seventeen to the duets with Don Henley (Leather and Lace) and Tom Petty (Stop Dragging My Heart Around) this album is a no skip listen.


12. "Faster Pussycat" - Fatster Pussycat
Could be dismissed as 80's L.A. sleaze/glam rock. But really they were much more than that. The songs were actually good and really blues based. They went off the rails in later albums, but the debut from them is still very listenable after all these years. Some of the stuff from the '80's glam rock scene sound dated. This album holds up.

Honorable Mentions
I have ended the list at 12 as per the original stipulations, but there are more I feel deserve mention.

Those are the one's I grew up with that I still listen to. I may next tackle the current albums I'm enthralled with.
Posted by Michael Rauch at 10:55 PM No comments:

Wednesdays are #wcw. Woman crush Wednesday. (I'm hip enough to at least know what that means.) 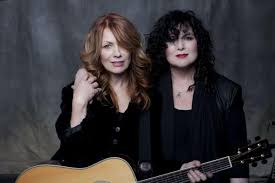 Here, I'm going to do women that rock Wednesdays.

For the first one I debated. Would it be the Wilson sisters and Heart? How about Pat Benatar? Maybe Stevie Nicks? Can't go wrong with any of three. But for the inaugural post I'm going with Heart and the Wilson sisters, Ann and Nancy.

No doubt, not even a discussion, Heart, led by the sisters Wilson, were and are a great band. Ann's voice gets most of the attention, rightly so, but Nancy's guitar work is highly underrated. Nancy, in my opinion, is one of the original "Chicks that Rock".

Here's a little taste of Heart doing Crazy on You live:

Posted by Michael Rauch at 7:31 PM No comments: 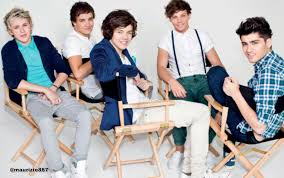 Support your favorite bands/artists and take joy in their success. As long as it's not One Direction.
Posted by Michael Rauch at 11:19 PM No comments:

I also listened to a lot of classic rock. Zeppelin, Aerosmith, the Who, Hendrix, ZZ Top, Heart, etc., etc. Also included in classic rock was what was known as Southern Rock. Lynyrd Skynyrd, the Allman Brothers, Molly Hatchet, etc.

I thought Southern Rock was a thing of the past, only to be heard on classic rock stations. Wow, was I wrong.

There are a lot of artists that people tout as Southern Rock. But really, right now, there are two that are head and shoulders above everyone else and the only ones that I really consider Southern Rock.

One is considered a rock band, the other a country band. Which I find quite amusing. But that's a conversation for another time.

In the mean time, here are a couple of tunes to enjoy.

Posted by Michael Rauch at 6:58 PM No comments:

Led Zeppelin, early Aerosmith, Ted Nugent, ZZ Top. I can hear a little bit of all of those in Whiskey Myers new album Early Morning Shakes. But what I hear predominately is pure unadulterated Southern Rock. Skynyrd, the Allmans, Marshall Tucker, Molly Hatchet, etc.
Any song on this album would slide nicely into any classic rock format. But that's not to say it sounds dated. It doesn't. Early Morning Shakes sounds as current as anything you will hear.

Coming out of Tyler, Texas, Whiskey Myers cut their teeth on the Red Dirt/Texas Country music scene. And you can hear those country influences on the record, but this really a good old-fashioned, in-your-face, Southern Rock album. The best since the late '70's.

The album kicks off with what, in my opinion, is the weakest track, the title song "Early Morning Shakes". But then the whole thing takes off and never lets off the gas with the Zeppelinesque "Hard Row to Hoe".

Another highlight is the single "Home" (track 5). Straight up Southern Rock the way it was meant to be played. That leads in to the next two hard rocking tracks "Headstone" and "Where the Sun Don't Shine".

"Reckoning" (track 8) and the album closing "Colloquy" show a more introspective and mellower side of the band. Both are excellent.

If you were ever wondering what happened to good Southern Rock, it's alive and well and it's name is Whiskey Myers.

Posted by Michael Rauch at 7:54 PM No comments: 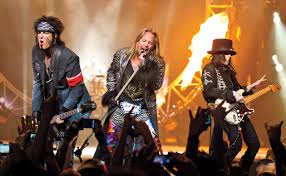 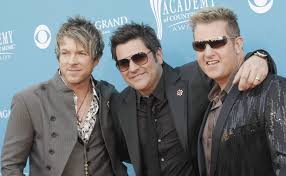 Posted by Michael Rauch at 10:57 AM No comments: