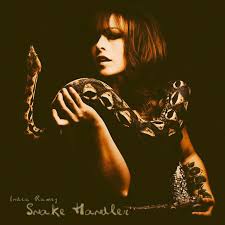 This, being my first album spotlight of 2018, let us go over what constitutes an album being spotlight worthy for me.
1. This shouldn't have to be said, but it has to be. It has to be an albums I've listened to.
2. No or one skipworthy song. Yeah, that's a pretty high bar. But I do albums and not songs. You may think that's quaint and/or antiquated, but that's still how I consume music. What does skipworthy actually mean? It's the song/s that one would automatically skip every single time. 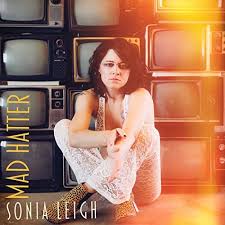 Now, let's explore good music this year. That's what I intend to do.

I will admit that Sonia Leigh's Mad Hatter had me perplexed at first listen. It's like listening to your friend's eclectic playlist. She has purposely recorded music that would not pigeon-hole her. She has succeeded.

I don't like to compare artists to other artists, but as every song on Mad Hatter is a turn in a different direction, I feel comparisons, for the purpose of context, are in order.

Sonia's voice, on the more hard-edged songs, is reminiscent of Joan Jett. A lot of the songs have the quirky vibe of early Sheryl Crow. Maybe some Chrissie Hynde of the Pretenders as well.

This one was hard for me. The good is so good, and there is so much good, but the bad is atrocious. Clocking in at 11 songs, it's definitely one song too long. The album closer, "Mind on the Prize", is an all out assault on the aural senses. Do yourself a favor and just end your listening after 10 songs.

I'm able to forgive one terrible song like I did with Angaleena Presley and "Country". I could forgive "Mind on the Prize", but then there is "Walking in the Moonlight", which could have been done by Demi Lovato or Carly Rae Jepsen. But there is enough there and it's catchy enough that I wouldn't actively skip it.

That's the bad. The other nine songs are fantastic. Delving into many different genres while never focusing on any particular one, it's all interesting. I like interesting. Give me something interesting and edgy over something safe and saccharine any day.

Strap into the seat and give this roller coaster of an album a try. I guarantee you  will not like it all, but you will find something to like. Sonia Leigh is talented and quirky and will have none of your BS. Not sure if I like this as much as I respect it.

Today, this is my favorite song on the album, subject to change without warning.

Posted by Michael Rauch at 1:09 AM No comments: