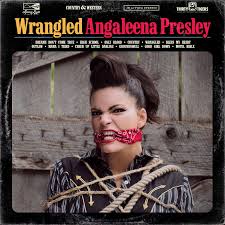 Posted by Michael Rauch at 11:40 PM No comments: 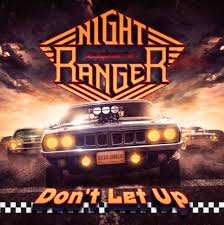 If you're a regular reader of this blog, you already know, if you're new, let me enlighten you. I only write about stuff I like. I don't have the time to listen to, much less, write about stuff I don't like. That being said, Night Ranger's new album Don't Let Up is excellent. Now I'm going to go off on a tangent before I get back to that album.

I grew up in the 80s, and by that I mean twelve to 22 years old. That's growing up time. Night Ranger always fell into a strange place in music. Historically they might get lumped in with the hair/sleaze/glam bands of the time. But it always felt like they were not at home there. They also weren't at home with other stuff that was popular at the time, Flock of Seagulls, Eurythmics, etc. They fell into a weird place between metal and techno (not that they ever came close to techno, but that's where they fell).

There were a lot of bands in that grey place, Bon Jovi, INXS, The Cult, Duran Duran, Def Leppard, etc. The 80s get a bad rap, but go back and listen to the music, there was a lot of good there.

While never reaching the commercial success, I've always thought Night Ranger was comparable to Bon Jovi: guitar driven hard rock that was softened enough to be palatable to the masses.

Fast forward to 2017. Night Ranger is still making that kind of music. Great songs featuring guitar, big choruses, big harmonies. This album Don't Let Up, along with their 2014 album High Road may be the best they've done in their career. Not that anyone will pay attention.

I just commend Night Ranger for putting out new music when so many of that era just tour based on their track record, which Night Ranger could certainly do. Hell, people would probably come out just to hear "Sister Christian".  But they are so much more than that.

Sure, age has taken its toll on Jack Blades and Kelly Keagey's vocal chords, but even though a bit gruffer, still sound excellent. The musicianship just keeps getting better. And that's saying something since guitarist Brad Gillis could have had a gig with Ozzy had he chosen.

35 years after the release of their debut album Dawn Patrol, Night Ranger are still bringing it and staying true to what they do. More mature? Sure. What you would expect. Rocks? Yep. And they keep expanding their boundaries. One song that stands out is the honky-tonk/Southern rock sound of "(Won't Be Your) Fool Again".

With so many bands not making new music because there is no money in it now, I commend the one's who still have to scratch that creative itch. Buy, stream, download, whatever you do, this album. It's good. Is it great? Probably not, but there is not a bad song to be found. And really, isn't that what we want in an album? No skipworthy songs?

Here's a taste of the new album:

Posted by Michael Rauch at 3:29 PM No comments: