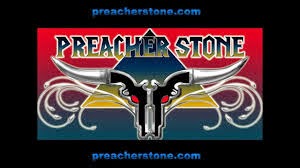 Hailing from Charlotte, North Carolina's Preacher Stone does not want to be identified as a Southern Rock band, but a "rock band from the South." Okay. Whatever. I'll roll with it.

Their latest record Paydirt, released in March of this year, borrows liberally from other "rock bands from the South" such as Lynyrd Skynyrd, Marshall Tucker, the Allman Brothers, Charlie Daniels and Georgia Satellites. There are also hints of Classic Rock bands like Bad Company and Edgar Winter. There's also some very Country-like tendencies on the record.

Throw that all together and, in Preacher Stone, you get a very familiar yet unique sounding band. With Blackberry Smoke and Whiskey Myers, Preacher Stone is doing Southern Rock the right way. Even if they're just a rock band from the South.

Here is "Me and Mine" from the Paydirt album.