2015 Has Been Pretty Good So Far, Musically Speaking 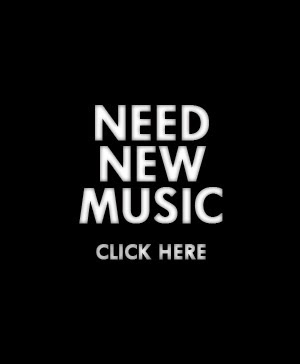 Music. New music. Good new music. That's what I'm loving right now. And there is some good stuff out there. And that's just the stuff that I've found.

I probably wouldn't have said that two years ago. Everything new that I heard on the radio, I did not like. Therefore, I mistakenly assumed that nobody was putting out any good music. Then I fired my local radio stations and took matters into my own hands.

Spotify, blogs, YouTube and Twitter have led me to the land of good music. If i never hear another Florida Georgia Line song, I will be thankful. I'm not even sure what an Iggy Azalea is. The only Iggy I know is Iggy Pop.

We are only three months in to 2015 and there have already been several good records released. The only problem is that you are not going to hear any of that on the radio.

My little place here on the internet is dedicated to featuring good music that I like. I don't have the time or energy to spend listening to and then writing about stuff I don't like.  I'll leave that to someone else.

Records that have come out in 2015 that I like, so far include:

And then I've found music that came out in previous years (mostly 2014) that is good:

I love finding good music. I'll continue sharing it here. Join me if you want.

Posted by Michael Rauch at 9:21 PM