But a lot of people don't know of their greatness, their contributions, their legacies. And that's a shame. If I can educate just one person, I've done something. 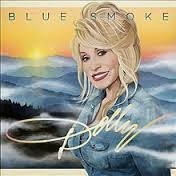 Dolly Parton has recently released her 1,497th album. You might want to fact check that....it's just an estimate. Blue Smoke came out in the U.S. in May of this year and hit #2 on the country album charts. You probably won't hear any of the music on mainstream country radio.

How does Dolly stay relevant, other than the fact that she is Dolly freakin' Parton? Why not commission the boys from Bon Jovi to re-write "Lay Your Hands On Me"? Sure.

Playing to a huge crowd at Glastonbury, England, accompanied by estranged Bon Jovi guitarist Richie Sambora, Dolly killed it, as only Dolly can.

This performance overall, not this particular song, has come under some scrutiny as being lip synced. While I don't believe this song was, you can read more about it here at Saving Country Music.


Whether solo or with Porter Waggoner or Kenny Rogers, Dollly Parton has always commanded attention. I would be remiss to not include some version of "Jolene".  So here you go: