Will There Ever Be a New Wave of Hard Rock? 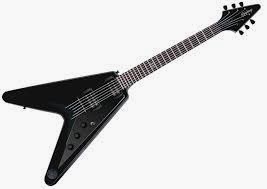 I have been searching out new music that has in-your-face guitars, melodic vocals, good musicianship and is just a little over-the-top. Pretty much, 80's-style hard rock. I'm not talking about hair/glam/pop metal. Though I'm not dismissing that either. I'm talking about the hard rock that dominated the 80's with such acts as AC/DC, Scorpions, Motley Crue, the Cult, Guns 'N Roses, Bon Jovi, Whitesnake, Cinderella, etc.

There is some good stuff out there. And I have a theory as to why: Now is the first generation of musicians that have 80's hard rock as an influence. They are far enough removed from the atrocities that became of hard rock in general and hair metal specifically to be able to connect with the quality stuff that did exist. Also, they had parents who grew up with this music. And they have probably played with older musicians who played this type of music. It all rubs off.

I doubt there will ever be a new wave of hard rock, but for those of us that enjoy fun, loud guitar-driven rock, there is hope.

The members of Australia's Koritni, named after lead vocalist Lex Koritni (and let's just get this out of the way: horrible name) make no bones about naming Motley Crue, GnR, RHCP among others as influences. Listening to their most recent studio album Welcome to the Crossroads, the influences can't be denied. You can hear the Cult, Aerosmith, Tesla and the funk of RHCP or maybe more accurately, Extreme.

Million Dollar Reload, hailing from Northern Ireland, have definitely taken hold of the dirtier, sleazier side of the 80's rock scene. Reminiscent of Faster Pussycat, early GnR, L.A. Guns, but also holding onto an Aerosmith and AC/DC vibe. M$R knows how to write a hook as evidenced by songs such as "Wicked" and "Tatoos and Dirty Girls".

Unfortunately, I don't see this type of music taking hold in the United States anytime soon. But as long as there are thriving rock and metal communities in Europe and Australia, then we can at least get our hands on it.

Both of these bands bring the old sensibilities while not sounding dated, in my opinion. Judge for yourself.