Think Music Sucks? Are You Part of the Problem? 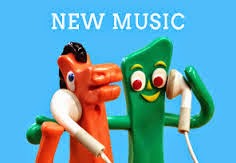 Personally, I find very little on the radio that I care to listen to. When MTV, VH1, CMT and GAC actually do play music, there's very little there that I'm interested in.

I do, however, find a lot cool new stuff on the internet. I frequent sites that deal with country music and hard rock music. I have received some great leads. Found some really cool artists.

I also do my own digging. Found some cool stuff that way as well.

What I have found is that people, especially people around my age and older, bemoan the current state of music, regardless of genre. My question is: What are you doing about it? Other than complaining, that is.

Are you supporting the artists you like? Are you attending live shows? Are you buying CD's? Are you paying for downloads? Are you sharing your finds on social media?

If your answer is "none of the above", then quit complaining. The kids are doing that, probably most of the time on their parents' dime, but they're doing it.

I know when I was growing up, my sister and I did most of the music purchasing in our household. My parents were content to listen to the radio and complain about how there was nothing good being played.

I try to promote good music on this blog, or at least music that I like. I'll throw up a link to a video on facebook, do some stuff on twitter. I see a lot my peers putting up links to music that they grew up with, music that is nostalgic to them. Sometimes with a comment like "they don't make them like this anymore." That statement is false. They do make 'em like that now. It's just not easily accessible. You have to dig for it.

As easy as it to blame Nashville or Hollywood or Rolling Stone or whatever, ultimately the blame falls to consumers. Or better still, the blame falls on the non-consumers, the complainers, the bemoaners. If you're dissatisfied with the current state of music, vote. With your wallet. That's what changes things.