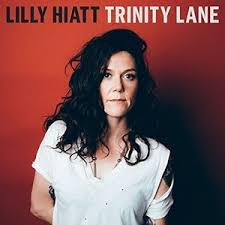 I was alerted to Lilly Hiatt about a year ago. I listened to her stuff and thought that it was pretty good, someone to keep an ear on for future projects. So when Trinity Lane came out, I was definitely going to give it a listen. However, I was not prepared to be  blown away.

As I've said before, there never has been, nor do I foresee there ever being a perfect album, and Trinity Lane is not, but damned if it doesn't strive to be. Not a bad song among the twelve on this album.

The natural twang in Lilly's voice could make some think this is a country album. It's not. Are there county elements? Sure. But there is also so much more. Some rock, some blues, some soul, some swamp.

Trinity Lane takes on real adult themes and Hiatt pulls them off with wit, camp and maturity. What makes this album great to me is that there is no pandering to anything. It's just real stories with great music and smart lyrics.

We still have a few months left in 2017, but I can't see enough good stuff coming out that knocks this out of my top five. It's that good.

If you are reading this, you have access to the Google machine and can read about the history of Lilly Hiatt, however since I wrote about him recently, she is the daughter of singer/songwriter John Hiatt. Not relevant to this post or her music because each piece of music stands on its own, but just an interesting note.

Probably my favorite song from Trinity Lane, though that may change tomorrow:

And the title song.

Posted by Michael Rauch at 9:55 PM