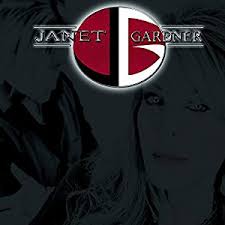 A little history is in order here. Gardner was the lead vocalist for the band Vixen. While following trail blazers like Heart and Pat Benatar and Joan Jett and others, Vixen followed that trail and trudged forward in the realm of 80s hard rock, or, as many know it, hair metal.

Vixen, one of the few all female or even female-fronted bands of that time, resided on the pop side of the hair metal explosion. Big hair, big choruses. Tight clothes, tight melodies. Just like the guys.

They had the misfortune of coming on the scene in the late 80s/early 90s when that style of music was being phased out by grunge.

Gardner's debut solo album is much harder than anything Vixen ever put out. Not to compare bands, just sounds, much closer to Halestorm than Vixen. It's aggressive and at times angry. It's also a great hard rock album. If you're looking for 80s era big rock, big choruses, well, it's got some of that, but mostly it's just a good hard rock record.

And here is "Rat Hole". Enjoy.

And for those without context, here is Janet Gardner in Vixen: