Q and A With Singer/Songwriter Jessica Meuse 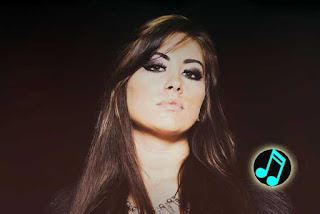 If you're a fan of the reality TV music shows like American Idol and The Voice, you probably know the name Jessica Meuse. She was on season 13 of American Idol and finished fourth. That's not important. What is important is that she is making new music that's good.

She made it onto the show by playing an original song, "Blue Eyed Lie". The singer/songwriter will make it in the music business, or not, based on her original material. That's a good thing.

I stayed away from the show in the interview purposefully. It's all about the music now. I did offer her the opportunity to comment on the show. I think it's telling that that is only question she did not answer.

Be advised, there are a lot of exclamation points in the Q and A that follows.

First of all, thank you for taking the time to do this. I really appreciate it.

Thank you for taking the time to interview me!


How did you get your start in music and then when did you know that it was something you wanted to pursue seriously?

Music is a calling. It has always been such a huge part in my life in every way. I cope with music. Music is therapy – it heals. Music helps me show my emotions, whether happy or not! It’s a universal language and I think certain people are just built to be musicians. I honestly always knew I wanted to make music.


Who are your biggest influences musically?

I love 90's country and classic rock! I was raised in Texas on George Strait, Sara Evans and Garth Brooks. I love Led Zeppelin, the Rolling Stones…anything with captivating lyrics, an amazing riff, a story…It’s gotta have SOUL!


What kind of gigs were you playing leading up to the American Idol experience? And did you have a pretty good local following at the time?

I was playing anything anywhere. I would play for free or very low pay. I did a lot of open mics and played 3-4 hour performances at pretty much every bar in the southeast. I was performing just about every day of the week, plus going to college (and being incredibly tired!) I even drove out to Texas a few times just to play a couple songs. I’ve been blessed to have met several people I consider family at this point because of my music and hard work. It’s more than a following – it’s a big happy family!


You recently released your first song, post Idol, “Done”. Is that an independent release?

Yes! It was recorded, mixed, and produced by a small team of approximately five people in Los Angeles!


What feedback have you gotten for “Done” and have you been pleased with the response?

I have been incredibly pleased with the feedback for “Done!” It’s a raw, real sound; it’s me. It’s dirt-slingin’ southern rock that tells a true story all of us can relate to. I can’t wait to see where it goes!


“Done” and your earlier release, “Blued Eyed Lie” are neither light in subject matter. Is that just where you were personally at the time those songs were written, or is the darker, more heady space where you reside as a songwriter?

I love “finding beauty in darkness.” In the sense of “Blue-Eyed Lie” and “Done,” I took two very bad situations and turned them into something productive! I lived through both first-hand, and I wasn’t very happy at the time. Instead of wallowing in self-pity and being sad, I decided to write and get all the feelings out, where they can inspire and turn into something good. I wouldn’t say I necessarily “reside” in the darker space of songwriting, but I definitely use my writing in a therapeutic manner. I have written several happy, loving songs as well!


I have a hard time defining music genres these days. Where would you say that you fit in today’s musical landscape?


You’re active on social media, Twitter, Instagram, etc. Do you see this more of a way to connect with fans, to promote your music/shows, or a healthy combination of both? And how do you deal with trolls (if you have any)?

I love my fans. I will always do my best to get back to them about anything and everything – even they will tell you that! They are very special individuals to me, and I’ve gotten to know several of them in person and form friendships. Of course, social media is also a tool. I use it to promote music, performances, shoots, filming, art, and everything I do in the entertainment industry. As far as trolls…well, I speak my mind, and they know how I feel. I don’t tolerate cyber bullying or trash talk. I stand up against that very strongly. The world needs more love, positivity, and good energy!


Today it is fairly easy to record music and get it out to the masses. Conversely, the market seems to get flooded and it’s harder and harder to gain traction. Can you elaborate on what it’s been like for you personally?

It is a very difficult industry, but you know what? I am trusting God and the path laid out for me. I’m following it and respecting myself and others along the way. I said it the first time I went to American Idol, and I’ll say it again, “I’m either going to be a broke musician or a successful one.” Either way, I love what I do, the places it takes me, and the people I’ve met through my music.


You recently did a show on something called StageIt. How was that experience?

It was awesome! It’s really laid back and fun! I actually just planned two more!


Is there a full album or EP in the works? If so, when can your fans expect it?

There isn’t a date set for a full EP release, but I am about to get back in the studio and record another single! I can’t wait!


Enough serious stuff. Let's lighten things up.
Since you’re from the South, you may be judged on your answer to this question. Is there a difference between a barbecue and a cookout? If so, what is the difference?

I’ve never been asked that question, and I’ve never thought about it! Haha! I think they’re the same exact thing!


On a scale of pleated skirts to footie zebra pajamas, how much of a goofball do you consider yourself?

Oh man. I’m a total goober. I make really bad jokes and act a fool on the daily. I once dressed up in a Spiderman onesie and sat in the laundry room, playing guitar while I waited on my laundry when I was in college. Does that give you an idea? Haha!


What are the three albums you want if stranded on an island?


How many licks does it take to get to the Tootsie Roll center of a Tootsie Pop?

Depends how acidic your saliva is.


Right about now, how much do you regret agreeing to this Q and A?


Thank you again for your time. Any parting thoughts?

I just want to say thank you for YOUR time, and thank you to my fans for being the amazing, positive change this world needs. One person can start a movement, and we are doing it! #MuseMafia

The is "Done" the way it was meant to be heard, raw, emotional, just a musician, the voice and the guitar.