Why the Texans Should Not Draft a QB First Overall

If you listen to all the "experts" on the NFL, it's a quarterback league. You cannot win it all without an elite quarterback. 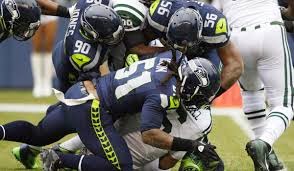 If you look at recent history, not so much.

I believe it's all fantasy driven and because the marquee QB's are the ones who put up the best fantasy stats. The reality of the last ten years spells out a different narrative.

Let's take a look, shall we?

Arguably, the best two quarterbacks of this generation (Brady and P. Manning) have won a combined two Super Bowls in the past ten years. A step below, Aaron Rodgers and Drew Brees have one each.

The two QB's with multiple championships in the past ten years (Roethlisberger and E. Manning) along with the other two, Flacco and Wilson, are not elite.

But what do every single one of those QB's have in common? Their counterparts on defense were excellent. The old adage that defense wins championships has seemed to fall on deaf ears in the media. It's a quarterback league. We hear that all the time. But look at the last two Super Bowls.

The only "elite" quarterback among the four teams was Peyton Manning. Denver's defense was suspect. The Broncos got blown out.

Does Houston need a QB? Yep. Should they draft one with the first overall pick? Nope. Get one the elite defensive guys to pair with JJ Watt. Seattle and San Francisco have shown you can win with a middling QB if your defense is great. So did the Bears, Ravens and  Buccaneers of years past.
Posted by Michael Rauch at 7:53 PM